When learning a language, it’s important to be precise. Of course, we can often get away with being nearly precise, but precision is beautiful. For example, in the United States, if you tell someone in a half-joking way that he is “dumb,” it’s not that bad of an insult. For example, if you say, “Man, you forgot to buy milk again. You’re so dumb. You better buy it next time, OK?” it’s really not that bad. Reason being: “Dumb” in some situations, like the one above, can be a substitute for “forgetful.”

Now take that same sentence, or a sentence similar to it, in German: “Mann, Du hast wieder vergessen, die Milch zu kaufen. Du bist dumm.” Ouch. That sounds bad. The reason why is because “dumm” in German translates more to “so stupid” in English. Things don’t always translate word for word. Trust me, I’ve learned the hard way. There were several times when people in Germany were very upset at me for calling them “dumm” even though I hadn’t meant to insult them.

The point is, precision is important.

With that in mind, I have come to realize over the years here in Germany that the following words are often translated nearly correctly, but not fully: “Streber,” “Besserwisser,” “Klugscheißer” and “Schleimer.” It’s a funny grouping of words, I know. But let’s look at exactly what each of these words is in English.

If a student always tries harder than he must in class, to the point that he is just plain annoying, that person is called a “Streber” in the German language. The exact translation in English is “overachiever.” Some students of mine have said, “Wait, Chad, “‘overachiever’ sounds like a good thing.” But it’s not. It has a bad connotation. You want to achieve great things, but you never want to be an “overachiever.”

OK, moving on. You know those people who seem to always know more than you? So, like, for example, when you say something such as, “Pluto has always been my favorite planet,” they say, “Actually, in 2006, Pluto was downgraded to a dwarf planet, so it’s not really a ‘planet’ in the truest sense.” In German, such a person is known as a “Besserwisser.” In English, he is a “know-it-all.”

You: “Excuse me, can I ask you a question?”
Klugscheißer: “You already did.”
A “Klugscheißer” in English is a “wiseass.”

And finally, we have the “Schleimer.” A “Schleimer” is a person who is always complementing other people in exchange for something, usually praise or recognition. Such a person in English is known as a “suck-up.”

Oh, and here’s just one more for good measure. Remember, when you were in grade school, that student who not only always had the right answer, but also was adored by the teacher? Such a person is known as the “teacher’s pet.” 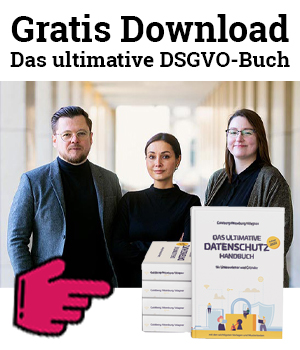