I’m always impressed about how many people in Germany can speak English. After all, I come from a country where only one language is spoken -- and I mean one language. Try going into a restaurant in the state of Montana and saying, “Ich hätte gerne Pommes Frites.” The expression you would get from the waiter taking your order would be very interesting!

That being said, though people in Germany do speak my language -- and I’m very appreciative of that -- they don’t always speak it well. And I’m not talking about the big things. It’s the small things that people often get wrong.

The only problem is, sometimes, the small things are very important.

Recently, I had a student tell me that he and his family ate dog for Christmas dinner. Now, you may be laughing, but I think we all know what this student was trying to say. He was trying to say that on December 25th, he and his family sat around the Christmas table and ate duck. But because the student had a problem pronouncing the word “duck,” he said something a little crazy.

Same thing goes for the word “doc,” as in “doctor.” Just yesterday, I asked a student what he would do after his work that day was finished. And do you know what his answer was? “I will go to the duck.”

Now, we all know that a waterbird with a stethoscope doesn’t make for a good healthcare worker. The student, of course, was going to go to the doc after work. But, hey, this just goes to reinforce my point that English -- even “easy” English -- isn’t always easy.

So what do I suggest? Well, if you want to get better at English, focus on the vowel sounds we have. Think about your vowels. There are about 20 vowel sounds in English; I’m not going to list them all here, but I think that taking a closer look at the vowel sounds in the words above provides good, illustrative practice. So let’s jump in.

The word “duck” is pronounced in English like this: “DUHK.” If you are ever confused, think of that famous F-word that rhymes with it. “Duck rhymes with f---.”

“Doc,” which is an informal word for “doctor,” is pronounced like this: “DAHK.” Now, question: can you say the word “rock ‘n’ roll”? Good, now leave out the “roll” part and just say “rock.” If you can say “rock” properly, you can say “doc.”

Now “dog.” Man’s best friend is pronounced “DAWG.” Have you ever seen the show “Law & Order”? It’s a very popular series. Well, if you can say “law,” then you can properly pronounce “dog.” Remember, it’s that “aw” part that’s important: “DAWG.”

So, there it is. And just as a bonus, I’ll throw in one last pronunciation tip. Often in Germany people tell me that they have a hard time pronouncing these words: “psychologist” and “psychiatrist.” (Just as a reminder, a “psychologist” helps you with your problems but can’t prescribe medication; a “psychiatrist,” on the other hand, can.

So how do we properly pronounce these two words, “psychologist” and “psychiatrist”? PRETEND THAT THE “P” ISN’T THERE! “SIGH-chologist,” “SIGH-chiatrist.”

Fantastic. Now you are on your way to saying things like: “Because the duck (DUHK) on our farm was being so mean to our golden retriever, I took the dog (DAWG) to the psychologist (SIGH-chologist). But the psychologist said, ‘Your dog needs medication and I’m no doc. You better bring him to the pet psychiatrist (SIGH-chiatrist).’” 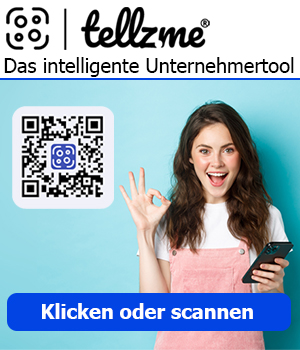